With Orange enabled by Avaya we are basically autonomous. In two years we’ve raised maybe three tickets and sent back two phones. What a leap forward in reliability.

Launched in 2016, La Cité du Vin has become a landmark for showcasing the cultural patrimony of wine and is banking on unified communications to support vibrant future growth. 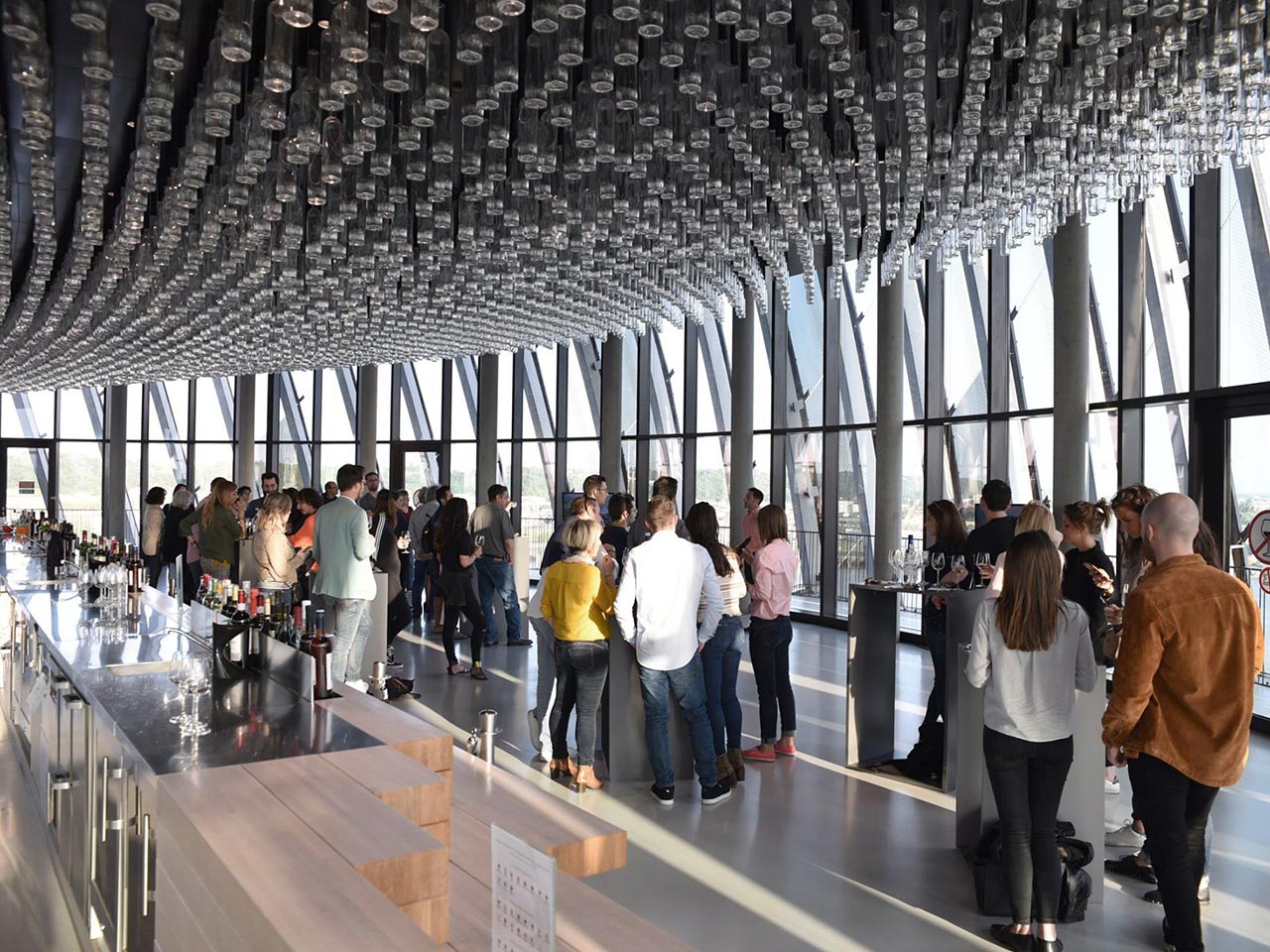 Powered by Celebrating the Heritage of Wine

La Cité du Vin is a cultural center dedicated to the understanding of winegrowing and wine-producing heritage throughout the world and across centuries. It is owned by the City of Bordeaux and run by the Foundation for Wine Culture and Civilizations, whose mission is to promote the cultural, historic and symbolic aspects of wine.

Since the opening ceremony in June 2016, more than one million people have visited this landmark building in France’s Nouvelle Aquitaine region. Its design is fashioned to resemble the curves of a vineyard, of the Garonne river, or of a wine decanter, and it pays tribute to Bordeaux’s fame as a wine city par excellence. 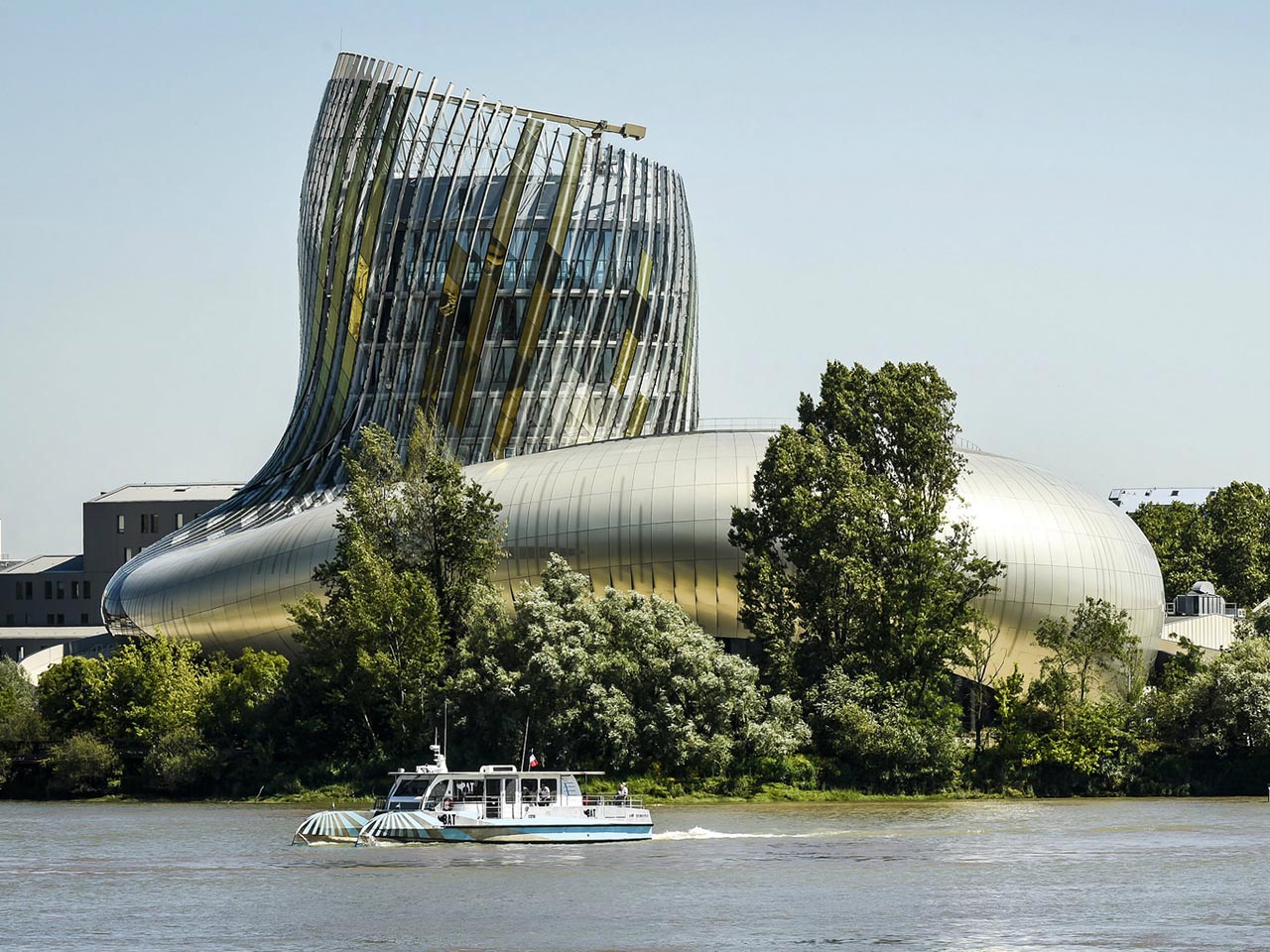 The astonishing exterior is matched within by an exhibition space themed on several floors and equipped with state-of-the-art audiovisual technology. Visitors with digital handheld assistants navigate an interactive sensory tour animated by infra-red and radio frequency detectors. The digital assistants enable visitors to make the journey through the exhibition space in eight languages.

Likewise, the CCV Foundation has adopted a modern business communications system for its customer relations center. The unified communications platform meets the Foundation’s requirement to provide first-rate customer service, whilst keeping costs under control and planning for future expansion.

We were impressed by Orange’s capacity for large-scale project management and their track record of integrations. Since Avaya provided us with everything—and we knew about Avaya’s reputation and the performance of its products—we needed for unified communications, it made the Orange offer even more attractive.

Internet Protocol Telephony a Must

The CCV Foundation’s management team were adamant that a unified communications solution would be their preferred choice for the new facility.

“From the outset, we had one non-negotiable aspect. We were insistent that communications should be via broadband internet and not through the ISDN network that many of us knew in previous lives,” notes Eric Fournier.

In 2015, the CCV Foundation issued a tender for telephony and network infrastructure that stipulated Internet Protocol (IP) telephony, as opposed to operator-based PABX and Central Exchange systems. The requirements for telephony were typical of today’s modern call center needs: interactive voice response, group call pickup, click-to-call, call forwarding, cell phone pairing and more. It also needed detailed reporting and billing for all communications, while enabling the organization to easily scale with growth.

“We were impressed by Orange’s capacity for large-scale project management and their track record of integrations. Since Avaya provided us with everything—and we knew about Avaya’s reputation and the performance of its products—we needed for unified communications, it made the Orange offer even more attractive,” says Eric Fournier.

Orange Business Services had the solution up and running in less than one month from contract signature, taking charge of integration, programming and user training.

As La Cité du Vin’s reputation expands, people call not only from France but the world over to reserve tickets or request information. Running from a single hosted server, the MCB voice manager routes incoming calls by topic and language—day and night.

Private events are an important revenue stream for the CCV Foundation and take place in La Cité du Vin’s dedicated spaces. Typically they require dedicated phone lines for one or more days. The costs of outbound calls during events are controlled by the Avaya IP Office Message Detail Recording application, which captures complete information about incoming and outgoing voice and data calls.

“Avaya alerts us to calls abroad or long distance and allows us to know precisely how many, their duration and their cost, so we can analyze consumption and bill our clients accordingly,” says Frédéric Peracini, Technical Project Manager at La Cité du Vin.

La Cité du Vin also uses a tool—provided by Avaya partner Cieme Informatique—for mapping inbound and outbound phone traffic by department, and reports on the volume of calls per day. It provides a view of phone activity by department and identifies lost calls, making it possible to fine-tune call center operations. The application has helped in deciding the level of human intervention needed for manning the phones over weekends and public holidays.

Built to Scale with New Functionality

“We have great flexibility and room to maneuver and can provision new hires in just a few clicks. There’s also lots of functionality we can still roll out to satisfy our professional users,” notes Frédéric Peracini.

Noël Kuakuvi, Sales Engineer at Orange Business Services, outlines some of the areas in which La Cité du Vin can benefit from the rich collaborative working functionality within MCB. Group Call Pickup, for example, is a feature allowing any person to answer the phone for someone who is on another line or in another area.

Inside La Cité du Vin, users will be able to extend mobility via the wireless network by installing Avaya Equinox on their smartphones for improved collaboration in real time. And, for people on the move, the MCB package offers Avaya Session Border Control as an option, which authorizes the connectivity of smartphones from the exterior to the local area network.

Chat within the establishment will be an added benefit in the near future, since emails sent between staff members have started overloading the email system. “It’s very comfortable to have all this functionality in reserve,” says Frédéric Peracini.

Frédéric Peracini notes that since using the MCB package he has hardly ever had to contact Orange Business Services. In practice the new UC platform allows for smooth administration of daily requirements without involving the cloud vendor.

“With Orange enabled by Avaya we are basically autonomous. In two years we’ve raised maybe three tickets and sent back two phones. What a leap forward in reliability!” Peracini sums up.

La Cité du Vin is a unique cultural facility dedicated to the universal heritage of wine. Its iconic, instantly recognizable building is owned by the city of Bordeaux and run by the Foundation for Wine Culture and Civilizations. It operates on ticket sales, donations and private events and was opened by former French President François Hollande in June 2016. 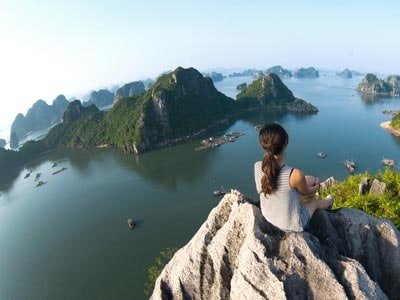 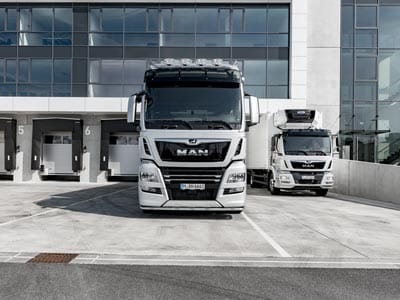