Spital Limmattal in Schlieren (Zurich Canton) secures the extended basic care of over 77,000 patients annually in the Swiss regions of Limmattal and Furttal. It offers high-end medical services and is positioning itself in the market as one of Switzerland’s most patient-friendly hospitals.

In recent years, the hospital has made massive investments in new systems and in a new building with state-of-the-art medical facilities. To guarantee optimal workflows for employees and the best possible care of patients, the hospital wanted to install a platform for internal and external staff communications and an information and entertainment system for patients in the new building.

“To date we had used different channels for our internal and external communications,” explains Roman Plattner, Director ICT at Spital Limmattal. “Pagers, telephones, e-mail and other media were deployed in parallel but were often not compatible or efficient. In addition, our provision to patients of communication media such as telephone, television, radio and internet was no longer up to date. The establishment of an integrated, modern communications platform was one of our key projects when it came to the technical fit-out of the new hospital building.”

The tender for the system included the following specifications:

Spital Limmattal’s communications infrastructure had become increasingly complex over the years. Doctors were alerted via pagers, for example, communicated via fixed-line telephone, cell phones and e-mail, and went online or retrieved data stored internally using mobile or stationery computers. During the admission process, patients had to apply for telephone cards, a TV, and internet access; they were usually dependent on stationary devices, and had to pay a significant share of the costs themselves. Taken as a whole, a confusing and out-of-date system landscape had evolved that was both labor-intensive and expensive, despite being of limited benefit.

Damovo is an Avaya Edge Diamond Partner, has comprehensive know-how about all Avaya components, and can precisely assess their performance and the ways they can be deployed. Spital Limmattal accepted the recommendation and chose Avaya as its system provider.

Both collaboration within the team and the selected Avaya technology worked excellently. The system is scalable at any time and will be able to meet every conceivable requirement for years to come.

To guarantee the necessary operational reliability combined with maximum flexibility, and to reduce internal efforts to a minimum, Spital Limmattal also contracted Damovo to operate the communications infrastructure for the hospital as a managed service.

“Damovo has proved to be the ideal partner for the realization and operation of the communications structure in our new hospital building. The experts’ technical knowledge and commitment has allowed them to develop a powerful and future-proof solution that is tailored to our needs. It was put into place with Avaya technology in a short space of time and since then, it has met all our expectations. From the first, preliminary talks to ongoing operation, we are entirely satisfied with the advice and support we have received from Damovo,” Roman Plattner emphasizes.

One of the requirements was that the system should be installed and available within the shortest possible time. This was impressively achieved: Installation was concluded within just a few weeks and, as soon as the necessary prerequisites such as electrical supply or wiring had been put in place, all components worked straight away. Once the new building was occupied, the platform was immediately put to active use and was officially approved by Spital Limmattal a few days later.

“The smooth installation of the entire infrastructure and the problem-free commissioning bore out our choice of Avaya and Damovo,” says Roman Plattner. “Both collaboration within the team and the selected Avaya technology worked excellently. The system is scalable at any time and will be able to meet every conceivable requirement for years to come. And Damovo’s management of the entire service guarantees maximum reliability and manageable costs.” 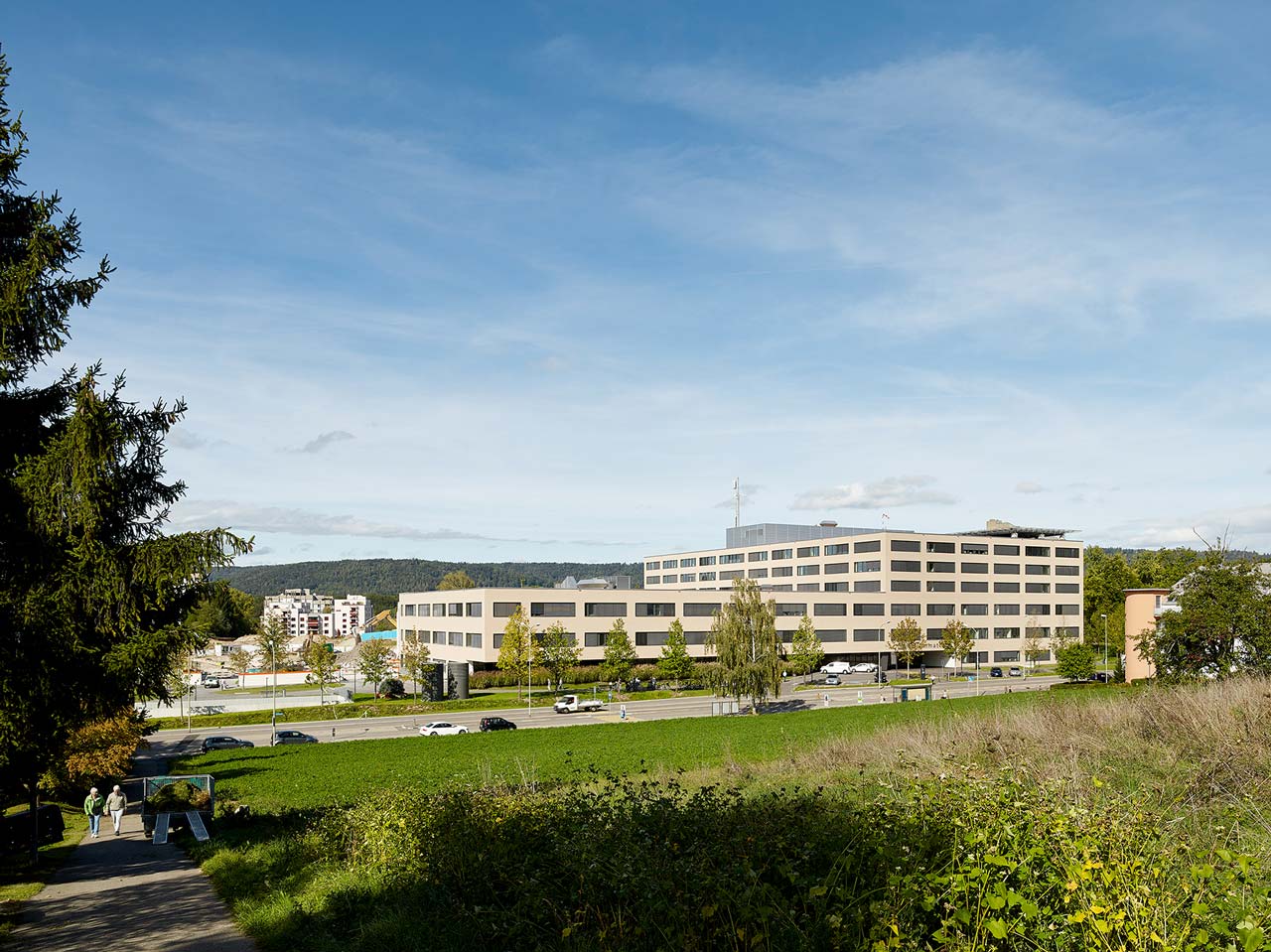 The smooth installation of the entire infrastructure and the problem-free commissioning bore out our choice of Avaya and Damovo.

The installation and commissioning of the new IT infrastructure inclusive of the communications platform for employees and patients was completed very rapidly, as planned, after a lead time of around six weeks. It was only isolated delays in the construction of the building that made a few changes to the plan necessary. The actual move to the new building was organized in an exemplary fashion. For instance, the first child was born in the new delivery room only a few hours after the last birth in the old hospital.

“The components delivered by Avaya enabled a generational leap in our communications technology and made a significant contribution to the exceptional quality of service at our hospital,” says Roman Plattner, summing up the project. “We are now working even more efficiently. The quality of care we offer our patients and their comfort have been considerably increased. The hospital is saving money and benefits from the flexible, future-proof technology. Collaboration with our suppliers and consultants was relaxed and professional at all times.”

Roger Peter, Manager Director Sales, Damovo Schweiz AG, adds: “With the system we installed, Spital Limmattal has achieved substantial improvements with regard to service and costs. As we expected, we were able to install all of the Avaya components without problems and on schedule. Meanwhile the innovative technology and operation as a managed service ensure the highest degree of reliability, as well as maximum flexibility and expandability now and in the future.” The components delivered by Avaya enabled a generational leap in our communications technology and made a significant contribution to the exceptional quality of service at our hospital. We are now working even more efficiently. The quality of care we offer our patients and their comfort have been considerably increased.

As an important specialist hospital with an extensive commitment to training, Spital Limmattal offers basic medical care to over 77,000 patients per year. It also provides top-class medicine and profound expert knowledge in numerous surgical and medical specialist areas. The hospital has 188 beds for acute care patients, 126 beds for long-term care, eight operating theaters and eight intensive care beds. There are also 10 beds in the day-care center, and emergency care is available around the clock. Over 1,470 employees from 50 countries provide high-quality, diverse services every day. The new building has been operating since the end of October 2018. Spital Limmattal is run by an association which is sponsored by 11 Limmattal and Furttal municipalities. 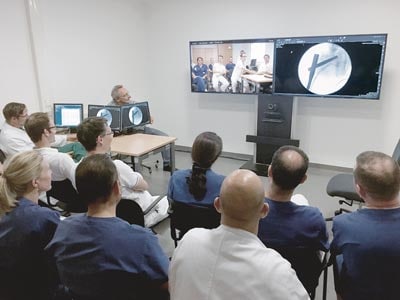