Pan Pacific Hotels Group is a listed subsidiary of Singapore-based UOL Group Limited, one of Asia’s most established hotel and property companies. Based in Singapore, Pan Pacific Hotels Group owns and/or manages more than 30 hotels, resorts and serviced suites with over 10,000 rooms in Asia, Australasia and North America. The Group comprises two brands: Pan Pacific® and PARKROYAL®. Pan Pacific provides premium hotel accommodation and services throughout Asia and the Pacific Rim, while PARKROYAL offers a collection of comfortable leisure and business hotels and resorts located in cities across the Asia Pacific. Both brands are members of the Global Hotel Alliance, the world’s largest alliance of independent hotels.

[Avaya] has the vision and scalability to grow with us as we open new hotels.

Pan Pacific Hotels Group has been an Avaya customer since 2004. After initially implementing an Avaya IP solution at its hotel in Seattle, US, the Group has deployed Avaya unified communications and IP telephony products at a number of Asia-Pacific sites.

As part of the Pan Pacific Singapore renovation, the Group wanted to upgrade the communications system available in each hotel room to provide guests with more convenient and efficient in-room services. It also wanted to enable staff members to more efficiently answer and respond to calls from anywhere in the hotel, improving productivity and guest satisfaction.

“We needed to improve our industry competitiveness by enhancing staff mobility and offering guests the flexibility to request room cleaning or laundry services with one touch of their phones,” said Tsi Lip Siong, Vice President of Information Technology at Pan Pacific Hotels Group. “We also wanted to reduce equipment maintenance, administration and costs by deploying a converged network.”

Pan Pacific Hotels Group wanted to offer similar innovative guest services at its new PARKROYAL on Pickering hotel. It also aimed to reduce operational and infrastructure costs by minimising the amount of office space required for hotel and administrative staff.

“Real estate and rental costs are high in Singapore, so we tried to avoid building or leasing extra office space by enabling staff members to hot desk, and to make and receive calls from anywhere in the hotel,” said Tsi. 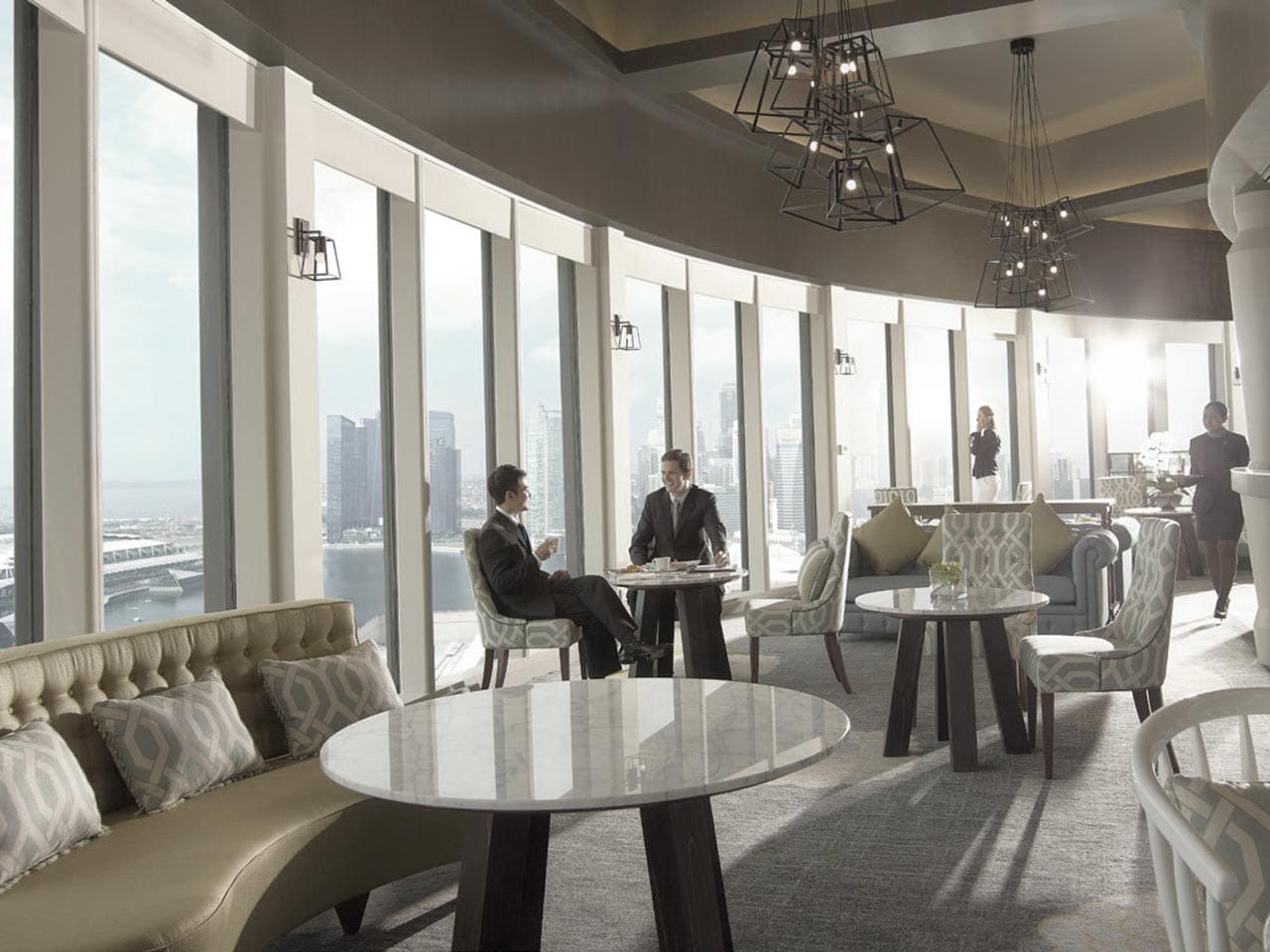 Pan Pacific Hotels Group installed Avaya IP phones in the 367 rooms at PARKROYAL on Pickering, and 75 Avaya IP Deskphones for its staff members. It also installed 11 recording and agent channels at its customer contact centre, which it manages and monitors using Avaya Aura® Workforce Optimization and Avaya Call Center Elite.

“Avaya IP telephony is part of our long-term business plan,” said Tsi. “The company’s strong understanding of the hospitality industry and its excellent product and network integration make it a perfect choice. It has the vision and scalability to grow with us as we open new hotels.” The Group has cut the number of employee mobile phones it requires from 160 to around 25 and reduced the number of phones in its back offices from 300 to 150, as staff can now use their own devices to make and respond to calls as they move around the hotel.

“In the past, we would provide staff members with mobile phones so they could be contacted while they were moving around the hotel,” said Tsi. “Now, we provide the majority with mobile devices connected to the Avaya network, minimising the need for costly phone contracts and handsets.”

Staff members can also be contacted more easily, as they no longer experience problems with unreliable mobile phone signals or handsets. This has improved efficiency and guest satisfaction.

“Employees can respond to calls and attend to guests more efficiently as they move about the hotel,” said Tsi. “For example, if a guest mentions there is a fault in a hotel room, the staff member can quickly call the maintenance team or an external supplier to resolve the issue, rather than moving to a different part of the hotel or returning to the back office to make the call from their deskphone.”

If staff members do need to make calls from the office, they can log in to any of the integrated deskphones and access their contacts and call logs.

The new converged Avaya network at PARKROYAL on Pickering has enabled the Group to minimise operating costs at the new hotel. The Group only has to finance minimal employee mobile phones, while the other staff members use mobile devices or connect their own smartphones to the Avaya network to make and respond to calls from wherever they are in the building.

“We would have required 200 analogue and mobile phones to cover PARKROYAL on Pickering’s reception, restaurant, customer service desk and back-office staff,” said Tsi. “Instead, we only need 70 IP Deskphones. Staff members are more productive and we’ve ensured guest satisfaction by enabling employees to work flexibly rather than being tied to a desk.

“Overall, we have reduced deployment costs by about 20% by deploying Avaya solutions in a converged network environment,” he said.

In addition, by improving staff mobility, Pan Pacific Hotels Group has saved further costs on the PARKROYAL on Pickering development by eliminating the need to build or lease substantial office space.

“Employees now spend most of their days attending to guests throughout the hotel and can hot desk when required,” said Tsi.

“This not only saves the cost of building or renting but also the cost for heating, cooling, furnishing and cleaning extra offices.”

As part of the Avaya IP deployment, guests at both Pan Pacific Singapore and PARKROYAL on Pickering can quickly and easily request in-room services such as fresh towels or a minibar restock, without contacting the operator.

In the past, guests at Pan Pacific Singapore would call the operator with the request or to report a delay in the service. The operator would then contact the relevant department to place the request or ask for an update. If the operator or department was busy, the process was held up and customer service suffered. Once a request was completed, staff had to manually feedback to their managers and the operator.

Now, guests request in-room services through the automated voice response application, which goes straight to the relevant department. Requests are automatically tracked and marked when complete. Any requests not completed in the required timeframe are immediately escalated for resolution.

“In-room service requests are now completed an average of three to four times faster, which has significantly improved customer satisfaction,” said Tsi. “By minimising the number of staff members involved in each request, we have also improved productivity and saved around 80% on customer service costs.”

The best choice for the industry

The overall efficiencies gained through the Avaya network and IP telephony free up staff members to spend more valuable face-to-face time with guests. The converged network and standardised IP telephony also minimises the time and costs required for IT and equipment maintenance and administration.

“Our IT resources can now focus on maximising technology adoption and use,” said Tsi.

“By monitoring calls, we can keep contact centre staff accountable for their time, review caller satisfaction and look for new ways to improve customer service,” said Tsi. “We can see if calls have been abandoned and arrange a call back to the customer, and can easily route calls and requests to the most relevant operator when required, reducing the points of contact.

“We have only been live for six months, but with the new efficiencies, we are already expecting to significantly reduce operational costs,” said Tsi.

Pan Pacific Hotels Group owns and/or manages more than 30 hotels, resorts and serviced suites with over 10,000 rooms in Asia, Australasia and North America.

Based in Singapore, Pan Pacific Hotels Group owns and/or manages more than 30 hotels, resorts and serviced suites with over 10,000 rooms in Asia, Australasia and North America. The Group comprises two brands: Pan Pacific® and PARKROYAL®. Pan Pacific provides premium hotel accommodation and services throughout Asia and the Pacific Rim, while PARKROYAL offers a collection of comfortable leisure and business hotels and resorts located in cities across the Asia Pacific. 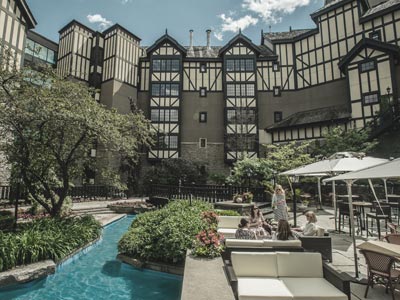 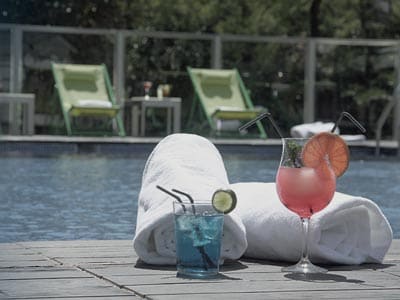