See a smart ordering application, which automates the complete process using a robot simulation. Avaya DevConnect Partner Pridis developed this use case with Avaya Engagement Designer. IoT provides a starting point for workflows that add value to the processes and Avaya enables workflow automation to provide seamless and contextual connections between machines, humans, and applications.

[00:00:06]
Hi, I'm Thomas from Avaya. I'm here at the Avaya business partner conference in Germany, at the Avaya Digital Lab, where we are showing innovative solution based on Avaya technology. And here with me is previous, one of our development partner, and they have actually developed the first robot completely controlled from Avaya place work flow.

[00:00:27]
So, Ari, from previous relationship, you show us what he has done the last couple of hours with our engagement designer to make this happen.
>> [INAUDIBLE]
I've created an IVR-based ordering system to order products by phone. The robot then gets controlled to pick up the order from the warehouse.

[00:00:56]
Brings it ready for delivery. Here's the demo.
>> And I would like to order a bottle of orange juice.
>> Welcome to the Pridis product catalog. Press one for Coca-Cola, press two for orange juice. Press three for water [SOUND]. Thank you for placing your order at Pridis. We will call you when the order is ready.

[00:01:59]
[SOUND] [NOISE] [SOUND] Your order from the Pridis product is ready for [INAUDIBLE].
>> Well, Ari, we are absolutely impressed with this amazing outcome and this can be easily reflected in the look of real world use cases and scenario. And it nicely demonstrates the power of Avaya workflow automation and process orchestration, to seamlessly connect humans with machine and business applications.

[00:02:49]
I hope you have enjoyed the video, and again, thanks, Ari for this very impressive demonstration. 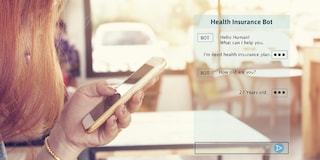 Avaya Spaces – The App for how you’re working now and in the...